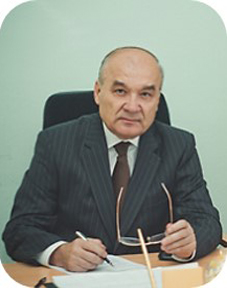 Doctor of Economic Sciences, Professor Vasyl Kyfyak has been working at the position of the Deputy Director of the Scientific and Methodical Work, International Relations and Innovation Development Department at the Trade and Economics Institute, Kyiv National University of Trade and Economics, since September 2014.

Earlier, he worked as the Head of the Management and Tourism Department and as the Dean of the Management, Tourism and Restaurant Services Faculty.He has been awarded the following prizes and titles: Y. Fedkovych Prize, Honoured Worker of Culture, Honorary Worker of Tourism of Ukraine,  Honorary Citizen of Chernivtsi (2021). In 2012, on his 60th birthday anniversary ,V. Kyfyak was awarded the medal “For the Glory of Chernivtsi” for his services to the city of Chernivtsi, such as a significant personal contribution to the development of tourism, education and science or improving the city image globally. He is the author of “Trumpeter in the Town Hall” and “Panska Street Light”, presenting urban development ideas  for Chernivtsi.

- the functioning and development of territorial recreation systems;

- cross-border cooperation and activities of the regions.

Vasyl Kyfyak is the author of over 170 scientific publications and guide-books. His text-books for university students, entitled "Organization of Tourism Activity in Ukraine" (2003) and "Tourism Organization" (2008) have been approved by the Ministry of Education and Science of Ukraine. He has also written seven collective monographs and one monograph of his own, entitled "Strategy of the Development of Local Recreational Systems: Theory, Methodology, Practice".

Make a Submission
Keywords
Most readed