'The Origins of Global Shakespeare Studies' | Call For Papers 2023

The guest editor of the special issue of Multicultural Shakespeare: Translation, Appropriation and Performance (2023) invites submissions on the topic of 'The Origins of Global Shakespeare Studies'.

Abstracts of 300-400 words should be sent to Mark Bayer (mark.bayer@utsa.edu).

The current health and breadth of organizations like the International Shakespeare Association and publications like Multicultural Shakespeare attest to a robust international culture of Shakespeare teaching and scholarship.  How did Shakespeare enter global circulation on such a mass scale, allowing for the establishment of formal organs of teaching and research, in so many different nations?  How has a majority of the world’s population accrued at least a passing familiarity with Shakespeare?  Perhaps most importantly, how did Shakespeare come to enter curricula and permeate academic culture in such diverse institutions across the world?

The papers in this issue will explore the origins of the institutions that have perpetuated and maintained Shakespeare studies as an academic discipline in different national cultures.  They will also canvass and interrogate the diverse methodologies that scholars use to study the plays, and how these diverse approaches have made Shakespeare so malleable and adaptable to different national, cultural, and ethnic traditions.

While Shakespeare’s plays are formally studied and taught in almost every country in the world, the ways that Shakespeare entered academic culture differs radically based on distinct national, cultural, and historical circumstances.  For instance, while it might seem natural that Shakespeare is almost universally studied in the United Kingdom based on his status as the ‘national poet,’ his institutional stature in other countries is more puzzling.  While various forms of colonialism might explain his educational positioning throughout the commonwealth, what about countries like the United Sates that for well over a century defined itself against England?  Perhaps more importantly, how has Shakespeare become an indispensable part of academic culture in nations that don’t share an Anglophone heritage?  These essays seek to canvass the various ways that Shakespeare studies, and different approaches to Shakespeare, emerged throughout the world in an effort to understand the vigorous academic commitment to Shakespeare in various nations.  In other words, we focus on the infrastructure that allowed for the development of the global Shakespearean we celebrate today. 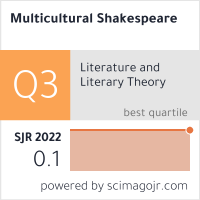