The Founder of "Text Matters"

Dorota Filipczak, the journal’s founder and first Editor-in-Chief in the years 2011-2021, was recognized for her work on postcolonial literature and on feminist philosophy of religion. Although her research was focused on contemporary writing in English, especially Canadian literature (in the 1990s she was a precursor of Canadian Studies in Poland), she was also interested in the literatures of Australia, New Zealand, Africa, Asia and the Caribbean. In recent years, another focus of Dorota Filipczak’s research was intertextuality in music videos. An Associate Professor in the Institute of English Studies at the University of Lodz, Poland, she was the head of the Department of Canadian, Intermedial and Postcolonial Studies, which she established herself. She was the author of, among others, The Valley of the Shadow of Death: Biblical Intertext in Malcolm Lowry’s Fiction (1999), Unheroic Heroines: The Portrayal of Women in the Writings of Margaret Laurence (2007), Brian Moore’s Eponymous Heroines: Representations of Women and Authorial Boundaries (2018). With Agata Handley, she co-edited Bringing Landscape Home in the Writings of Jane Urquhart (2010), a collection of essays resulting from the Canadian writer’s visit to Poland and a conference dedicated to her work. The editors of the prestigious 31-volume Polish encyclopedia entrusted her with writing entries on the literatures of Canada and New Zealand. Between 1999 and 2002 she sat on the Advisory Board for Literature and Theology, published by Oxford University Press. A world-renowned scholar, Dorota Filipczak was invited to deliver lectures at universities in Durham, Glasgow, Sheffield, York, Coleraine, Winnipeg, Oxford, Beersheba and Barcelona. She was a member of the Polish Association for Canadian Studies. She was also active on the Polish literary scene – as a noted poet, author of seven volumes, and a translator of literature, e.g. the work of Nadine Gordimer, Malcolm Lowry, John McGahern or Ethel Wilson. 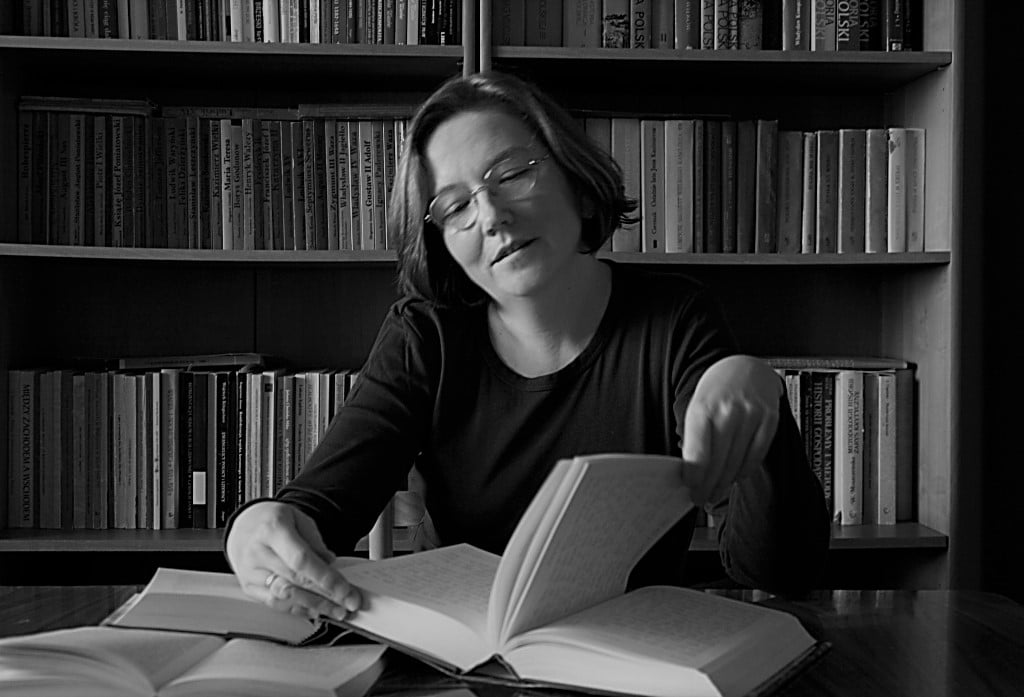 Text Matters, founded in 2011, was a vital aspect of Dorota Filipczak’s rich academic career. A significant portion of every issue has been devoted to Canadian literature and culture, postcolonial writing, as well as philosophy and feminism – subjects about which she was passionate. Under her editorship, Text Matters quickly became recognizable in the academic world, and was soon awarded 70 points on the Ministry of Science and Higher Education’s master journal list. By design, Text Matters is interdisciplinary and multivocal: Dorota Filipczak envisioned it as a forum for academics from around the globe, with an Advisory Board composed of illustrious scholars from countries as diverse as Canada, the United States, the United Kingdom, Switzerland, the Netherlands, India or Australia. As the editors of Text Matters, we seek to continue Dorota Filipczak’s legacy, and to ensure the ongoing development of the journal which she founded. She will never be forgotten.

Under the link below you will find a text by Professor David Jasper (University of Glasgow), written in July 2021, in memory of the founder of our journal. It is not only a touching tribute to Professor Dorota Filipczak as a person, but also a laudation of her scholarly professionalism.

Abstract: “Interdisciplinarity" is a word often used in contemporary universities, but little understood or practised. "Professionalism” tends to keep academics within the narrow boundaries of their own field of research. Dorota Filipczak has long represented a different and more vibrant form of interdisciplinarity which this essay seeks to explore through a brief review of the two journals Literature and Theology and Text Matters, as well as Dorota’s early research and writing on Canadian literature, and Malcom Lowry in particular. These suggestions are within the tradition of J. H. Newman’s great vision of a university in the middle of the nineteenth century, and the discussion concludes with a reflection on the conference organized by Dorota in 1998, entitled Dissolving the Boundaries. 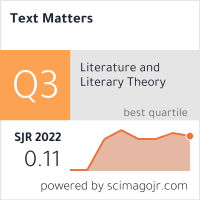