In bombed-out London, Virginia Woolf saw the need to “think peace into existence” so that no one would ever again have to listen to the roar of deadly planes and bomb explosions. Was she a dreamer? A figure “from the Moon”?  After all, “[p]acifist are people from the Moon. They do not understand that if there were no strong resistance against dictatorship, fascism, communism, pacifism could not exist”*— said Marek Edelman.

Si vis pacem, para bellum? — This is one of the questions we want to ask.

Or perhaps - this is another question — pacifists understand more than Edelman supposed and that is why they stand for peace and against war? But what is this ‘more’? And can it withstand confrontation with military aggression, such as the military action taken by the Russian Federation against Ukraine?

Finally, is pacifism not too anthropocentric? Should not peaceful coexistence embrace both humans and non-human beings? In other words, should pacifism be part of a ‘social contract’ or a ‘natural contract’, which, as Michel Serres has shown, it is high time to conclude between humans and other inhabitants of the Earth?

These are just some of the questions that seem to us worthy of addressing. We think that pacifism is worth examining from the perspective of ethics, political philosophy, feminism, postcolonial studies, the capitalocene, the entropocene or posthumanism. And also from many other perspectives.

We are waiting for proposals for abstracts until the end of October this year. We plan to publish an issue of Hybris devoted to pacifism in the 1st half of 2023.

*Translated by Maria Kostyszak after her book Personal Ethics. On the Transforming Potential of Art and Technology, Warszawa 2019, p. 265.

By the decision of the Polish Ministry of Science and Higher Education, Hybris is included in the list of ranked scientific journals and is currently awarded 40 points (December 2021). 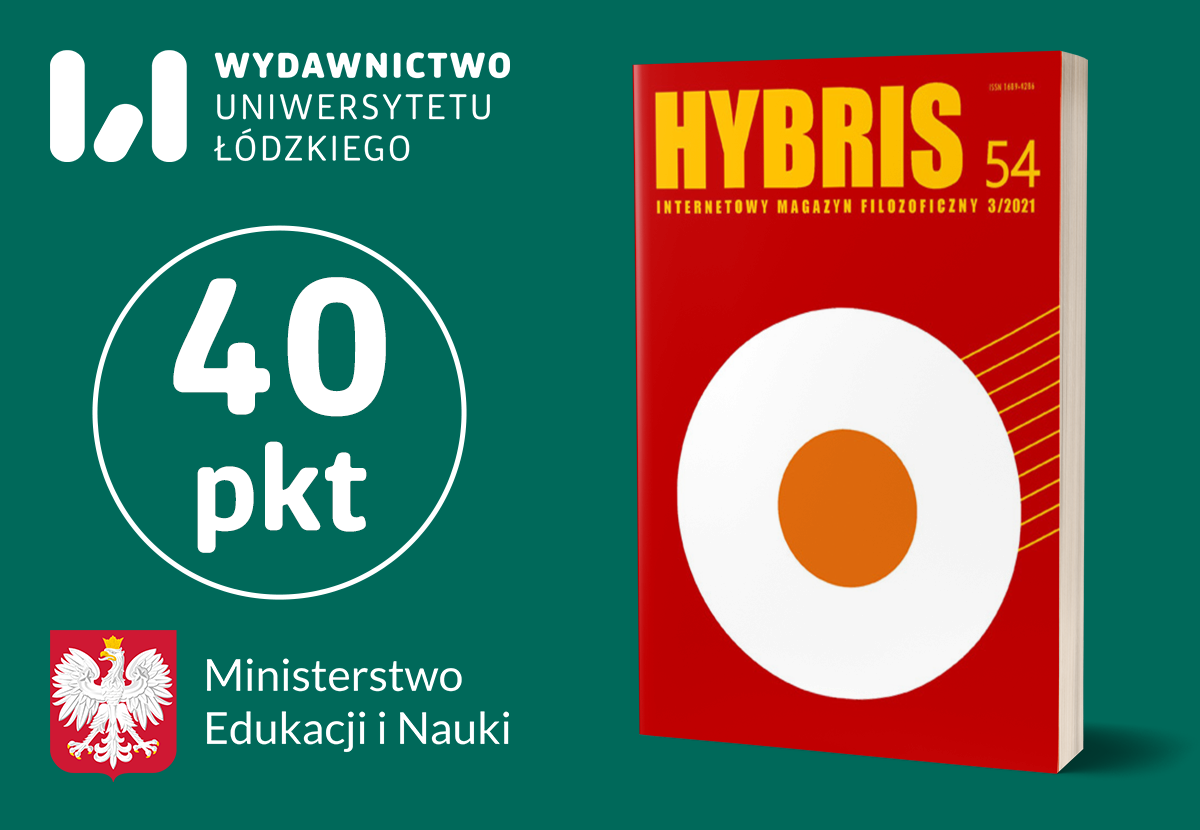